Here we are two weeks post Harvey, and I have yet to completely escape what I am calling the Harvey Haze. I know I am not alone in this as I hear the same stories from all around me. Those that had their homes affected struggle trying to figure out what their next step is while those not affected suffer from survivor's guilt. I am in the latter of these categories. I have waded through the waters with my husband (up to our neck in some areas) to help pull our neighbors and their pets to safety carrying what little belongings they could piled in their laps through dirty cold water mixed with gasoline and god knows what else floating on top. Once the rescues were done I poured myself into volunteering within the community while buying any possible donation I thought may help to ease someone else's burden. Yet, no matter how much we do, it still feels not enough.

Today I am going to share something non- Harvey related in hopes it will bring a little happiness in a time when we could all use uplifting.

Mid -August I decided it would be a fantastic idea to go ahead and get the kids a puppy. We had pets in the past, but they were all rescues and were older dogs that may not have been adopted easily. When our last rescue passed, I (okay, it was really Shaun) made the decision not to bring any more furry faces home as the loss was too hard. It has been well over a year since Audrey passed, so it felt like time. I told Shaun my plans and he agreed ..... after a little convincing and the realization that I probably would have done it anyway. So I searched the local shelters and found the cutest little fluffy purse sized puppy I had ever seen!! After calling the shelter to confirm she was there I loaded the super excited girls up and was on our way to bring this puppy home! BUT.. when we got there she had just been adopted. The puppy room had no actual puppies left so of course I did the only logical thing and searched all other shelters in the area...... that's logical right?!?

At the city pound, which was our last stop, we walked in and the girls saw this tiny puppy sitting in the back of a cage. She was laying still, her nose hidden below her paws, looking heartbroken and covered in fleas. The girls agreed... no demanded, she was the one!

I filled out paperwork to foster her since she had not yet been spayed and there was a recent outbreak of disease at the shelter and they wanted the puppies relocated to avoid contamination. Sure, sounded logical plus insta-puppy for us. That night she felt warm and was not eating or drinking. They estimated her to be eight weeks old and obviously had recently been separated from her mother and siblings; she was the last of her family left at the shelter. As she slept in the warmth of my lap she would make suckling motions and barely audible whimpers. The next morning I could tell something was not right so I took her back to the shelter where she tested Parvo Positive! They gave the option to surrender her back or take Bella somewhere myself. Of course I HAD to save her, no question about it. We went to a vet for an exam, and it turned out I had picked the sickest puppy I could have possible found. She had parvo, hook worms, distemper, and lets not forget the hundreds of fleas I spent the prior night washing and combing off of her. My heart was heavy but one look at her told me what I had to do which was to become an vet tech and fast. Long story short I was shown how to administer 6 different medications, deliver sub Q IV fluids to her twice a day, and I how to prepare a special mixture of broth, rice, and meat to introduce in her diet over the next several days. She started feeling better about 48 hours in and by day 4 Bella was playing, bouncing, and fighting her medications........ UGH!

Of course once she was healthy I HAD to do a newborn session to commemorate our beautiful new family member. I hope you enjoy this adorable furry tale as much as I do.

And they lived happily ever after.... THE BEGINNING

Its finally here! Our first ever Coloring Contest 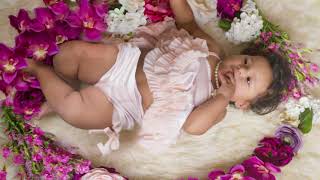 Curls and Pearls make the world go round 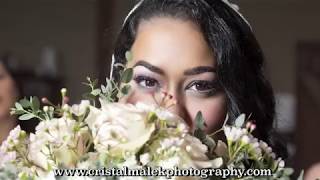 A senior, an alley, & a glance into the future.

Volleyballs, and cows, and planes... oh my!

Travel back in time with me to a quieter place

Confessions of a Helicopter mom & a photography adventure!